End of the World for Ireland's Best 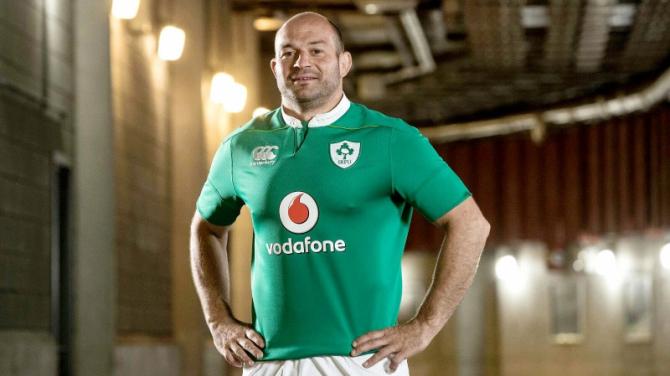 SKIPPER Rory Best bowed out of international rugby without the hoped for fairytale ending as the awesome All Blacks crushed Ireland's World Cup dreams in Tokyo with a comprehensive 46-14 victory.

Poyntzpass sportsman Best had made history by leading his men in green to Ireland's first ever victories over New Zealand in Chicago and Dublin over the past three years.

So although facing the reigning champions, who haven't lost a World Cup match since 2007, in Saturday's quarter-final was a daunting task, there was some optimism that the 37-year-old could lead Ireland into the last four for the first time in their history.

Considering Best's side had come into this tournament top of the world rankings, Irish supporters even dared to dream that the captain's last act before hanging up his boots would be lifting the William Webb Ellis trophy in Yokahama on November 2.

Instead the hooker's final day in the green jersey he has served so well over the past 14 years proved a chastening experience as Ireland were absolutely blown away by a superb performance from the tournament favourites.

After going ahead with a penalty, New Zealand ominously stretched their lead to 17-0 midway through the opening period with two tries by scrumhalf Aaron Smith as Ireland struggled to stay afloat.

It was already a long way back but the killer blow was struck towards the end of the half with a slightly questionable breakaway try by fullback Beauden Barrett after an Irish attack broke down.

Best fought ferociously until called ashore for the final time early in the last quarter just after New Zealand had crossed for their fifth try to make it 34-0, with 2018 World Player of the Year Johnny Sexton also substituted.  A late flourish from Ireland made the scoreline look slightly more respectable but was scant consolation.

The evergreen skipper was one of his team's top performers, supplementing his hard work in the trenches with accurate lineout throwing and a few deft touches but Best is a team man to the core and this was a deeply disappointing day for Ireland.

The All Blacks were typically clinical and showed why they remain the best team on the planet but Ireland didn't perform to their full potential as yet another World Cup campaign petered out.

Realistically the damage was done this time when Ireland lost their group game against Japan, as winning would have earned them a quarter-final against a punishingly physical but more limited South Africa.

Having to dethrone New Zealand to reach the semis for the first time ever was the harder route and Best acknowledged afterwards that his team had been well beaten by superior opponents on the day as the curtain came down on his fourth and final World Cup.

"The All Blacks were fantastic tonight and huge credit must go to them.  We felt well prepared, that we had a gameplan and enough to beat them but they started so strongly, kept us on the back foot and were really clinical," reflected Rory.

In spite of Ireland's defeat, the departing great got a wonderful ovation from the crowd before starting on one last stadium lap with his three children. and All Blacks coach Steve Hansen was among many to pay tribute to the retiring Irish skipper.