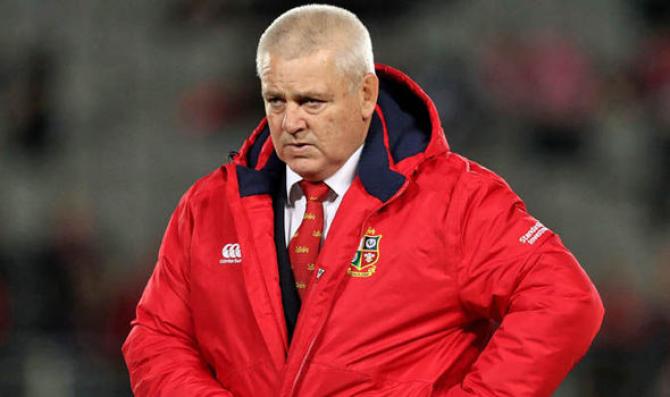 If Ireland are out of contention for the title on the last day of a Six Nations campaign, the next best most satisfying thing for fans is when the men in green give England a bloody nose.

It’s especially sweet when Ireland derail the chariot when it’s on the home straight towards a Grand Slam party as was the case in 2001, a decade later and again four years ago.

We remember Keith Wood’s crucial try in the Foot-and-Mouth delayed Championship two decades ago and then the thumping which spoiled England’s title triumph in 2011.

In 2017, Rory Best’s boys beat what had looked like a near invincible English side on the day Peter O’Mahony was a late replacement when Jamie Heaslip got injured in the warm-up.

O’Mahony made the most of his opportunity to the extent that, just a few months later, he ended up captaining the Lions in the opening Test of their tour to New Zealand!

The Munster skipper featured again this spring as Ireland yet again overturned England in Dublin in the last round of fixtures to complete a miserable Six Nations for the visitors.

England’s defeat completed what some have dubbed the Triple Down, namely losing to all three celtic cousins Scotland, Wales and Ireland in the course of the same campaign.

However, we’ve had enough fun from watching Eddie Jones squirm so let’s hope the RFU don’t do anything drastic like ditching their Aussie supremo people love to hate.

Ireland’s Grand Slam dream died in their opening game with O’Mahony’s first half sending off away to Wales and a narrow defeat to France followed at home a week later.

O’Mahony’s red card cost Andy Farrell’s side in Cardiff and the French game could have gone either way, but back in mid-February it didn’t look like there would be many Irish Lions.

Aside from major doubts as to whether the tour to South Africa would even go ahead due to the pandemic, Ireland appeared the poor relation compared to the other home nations.

England generally get the, ahem, lion’s share, Scotland had triumphed at Twickenham for the first time since 1983 and Wales, helped by opposition red cards, had two wins from two.

A routine rout of whipping boys Italy was neither here nor there, but Ireland finished strongly by getting over the line at Murrayfield followed by that convincing victory against England.

England losing, Ireland winning and Wales being denied the Grand Slam by that last-gasp French try on Super Saturday were all helpful from a Lions selection perspective.

Wales won the title but had significant slices of luck along the way, England were emphatically exposed, and Ireland restored some of their reputation of previous seasons.

Scotland snatching a last-gasp win in Paris in the rearranged game after already doing enough to deny favourites France could prove valuable for some of their tour hopefuls too.

The first big decision for any Lions coach, in this case Gatland ahead of his third tour in charge, is who to select as captain and there appear five contenders at most.

Few would begrudge Welsh warrior Alun Wyn Jones, having led his team to the brink of a record-breaking fourth Grand Slam of his career, of the crowning glory of Lions captaincy.

That leaves Ireland’s Johnny Sexton, who a few weeks ago was looking like a long shot to make the plane for a third tour and had been written off by too many in his own country.

Now though, a man with proven pedigree when it comes to the Lions seems in pole position for the No 10 jersey and deserves to at least come into any captaincy conversation.

It could come down to how Gatland sees positional pecking orders, with Jones facing fierce competition from Irishmen and others to partner Itoje in the Test team second row.

Four years ago, the Lions cut back on the excessive squad size that had become a feature of recent tours so it will be interesting to see what the tour party number is this time.

That may depend primarily on the finalised itinerary, which is likely to include fewer matches than before, but also the need to cover bases in case of an outbreak of Covid-19.

There are five frontline flyhalves in these islands with only four squad spots at most, even allowing for Farrell’s ability to cover centre, and George Ford is now the outsider.

The under-rated Dan Biggar has done a good job but, if only three go, Gatland may want the option of mercurial Scot Finn Russell alongside Sexton and the versatile Farrell.

After the experienced pair’s performance back in harness against England, Sexton and Conor Murray appear a reasonable bet for the Test half back starting spots after all.

Long-serving England pivot Ben Youngs will also have his eye on the No 9 jersey for the big games, though the established link between Murray and Sexton could count against him.

The third scrumhalf will likely be Welsh, whether Gareth Davies or Tomos Williams, though Ulster’s John Cooney, ridiculously overlooked by Ireland, could be an outside dark horse.

Scotland captain Hogg is a clear front-runner to be first choice in the No 15 jersey with feisty Welshman Liam Williams possible back three cover for the Test team.

Englishman Elliott Daly’s versatility and big boot to take advantage of playing at altitude could get him on the plane too in spite of an underwhelming Six Nations campaign.

Anthony Watson will wear the No 14 jersey with the other England wide man Johnny May also likely to be thereabouts in a year when there is plenty of competition for the wide berths.

Ulsterman Jacob Stockdale would have been an obvious bolter had this tour been in 2018 but his star has waned and new Welsh sensation Louis Rees-Zammit wears that crown now.

Wales centurion George North will be one of the three-quarters chosen to tour, Ireland veteran Keith Earls has staked a late claim and both Scottish wingers will wait and hope.

Sean Maitland is an experienced player and newcomer Duhan van der Merwe has made an impact while Welsh winger Josh Adams is another name that may be mentioned.

Robbie Henshaw, a tourist to New Zealand last time, is in the form of his life and has overtaken Leinster team-mate Garry Ringrose again as Ireland’s leading centre contender.

Jonathan Davies, the man chosen ahead of Ireland legend Brian O’Driscoll by Gatland for the decisive third Test in Australia in 2013, has a lot of credit in the bank with the coach.

Manu Tuilagi has been sidelined by injury, whereas Henry Slade has the chance to showcase himself further with English and European champions Exeter the next few weeks.

Scotland’s Cameron Redpath shone on his first cap against England before being sidelined by injury while Huw Jones is a pleasing player to watch but feels like a Lions long shot.

In the pack, Gatland will worry about the form of the revered Vunipola brothers and England hooker Jamie George, who have visibly suffered from not having big games with Saracens.

Mako Vunipola still looks like a Test squad loosehead, but possibly behind Wyn Jones of Wales in the pecking order with Ireland veteran Cian Healy hoping to make the trip too.

Scotland’s Rory Sutherland has returned to fitness in time to be remembered but possibly not selected, England’s Joe Marler doesn’t like bubble life and Ellis Genge is behind Healy.

After almost a year out through injury, Tadgh Furlong has ably demonstrated his huge value to Ireland and why he is surely nailed on as first choice tight head for the Lions.

England’s dynamic Kyle Sinckler has good impact potential from the bench and Irishman Andrew Porter would feel hard done by to lose out to Scot Zander Ferguson for a plane seat.

The two men who kept our own Rory Best out of the Test squad four years ago, George and Ken Owens, will be in the frame for the big games again in spite of the former’s awful form.

Luke Cowan-Dickie is now England’s first choice hooker but a near fully-firing George remains the obvious back-up to the consistent Owens, who has earned the jersey this time.

Although Ulster’s Rob Herring has had a solid Six Nations for Ireland, it is hard to imagine him as a Lion and the two best Scottish hookers have had untimely injuries this spring.

Along with outhalf, second row would appear the most fascinating department in terms of squad selection with at least seven credible contenders to travel this summer.

However, injury could cost England’s Courtney Lawes a realistic chance of another Lions tour and the versatile Tadgh Beirne will likely go as a blindside flanker instead of lock.

That would leave Ulsterman Iain Henderson and his Ireland engineroom partner James Ryan well-placed to travel along with the formidable Itoje and Welsh skipper Jones.

Those four will fight for two starting spots and bench place against the Springboks but Gatland could also find space on the plane for Scotland’s Jonny Gray as a fifth specialist.

Based on reputation rather than form, it would be a big call to leave Billy Vunipola out altogether though Taulupe Faletau looks a justifiable favourite for the Test No 8 jersey.

The retiring CJ Stander should also be among the loose forwards, with Beirne being joined in the flanker ranks by openside options Tom Curry, Hamish Watson and Justin Tipuric.

However, England’s Sam Underhill has recently returned from injury and has the quality to force himself into contention in spite of having had no Six Nations shop window.

His compatriot Curry has generally risen above England’s struggles, Watson is a force of nature for Scotland and Wales star Tipuric is a very experienced player at this stage.

Beyond those eight, Scot Jamie Ritchie has impressed in the recent Championship and some are backing Exeter’s Sam Simmonds at the expense of off-key Billy Vunipola.

Picking your own Lions squad or predicting who will be selected is a source of fun and endless debate for rugby fans in these islands every four years and long live the tradition.

This is the first time in four Lions tours that we aren’t waiting with bated breath to learn of Rory’s fate and this columnist can still recall hearing the bad news in both 2009 and 2013.

This time round, Ireland should have at least eight players on the plane in Henshaw, Sexton, Murray, Furlong, Ryan, Henderson, Beirne and Stander but double figures appears realistic.