Rory roars back for Irish clash with the Springboks

Best shakes off injury doubt ahead of South Africa international 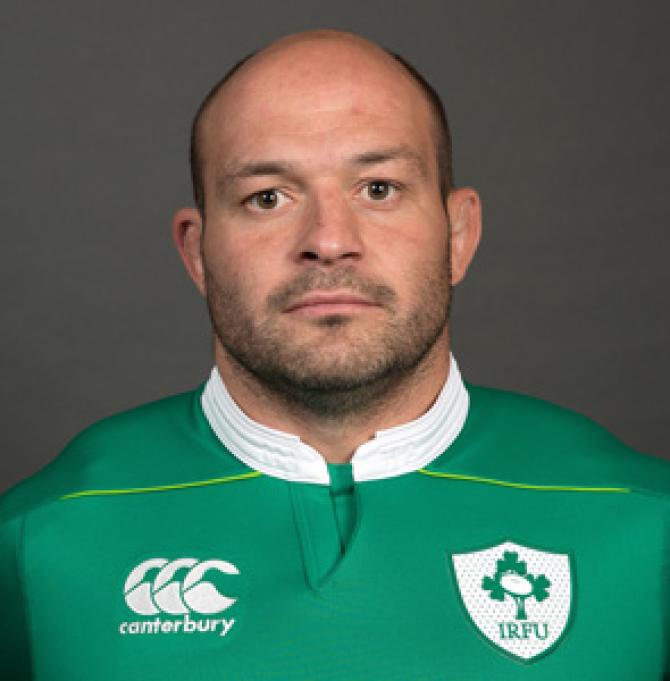 IRELAND  rugby captain Rory Best has won his race to be fit to lead the men in green into Saturday’s opening autumn international against South Africa at the Aviva Stadium (5.30pm).

The Poyntzpass man was scheduled to make a delayed start to the season after featuring on this summer’s British and Irish Lions tour to New Zealand but then sustained a hamstring tear in training which left him doubtful for this month’s Guinness Series.
But Best again lived up to his reputation as a quick healer and made his comeback off the bench for UIster in their European Champions Cup defeat against La Rochelle in France before making his 200th appearance for the province at home to Leinster.
The ever popular Rory got a great ovation from the Ravenhill faithful as he took to the field with his three children as mascots, though Ulster suffered a disappointing defeat to their neighbours. However the match, which took place the day after Ireland coach Joe Schmidt had named his Guinness Series squad with Best as skipper, proved the veteran hooker’s fitness for international duty.
After taking on the Springboks this Saturday, Ireland will face Fiji the following weekend before finishing with a match against Argentina on November 25 and there are high hopes that Best’s boys can win all three Tests. Last November, Ireland famously beat New Zealand for the irst time ever in Chicago and later won an epic encounter with Australia on the auspicious occasion of Rory’s 100th cap for his country.
The Ulster hooker will start his third season as Irish skipper this Saturday after a perfectly-timed recovery from injury and a deserved vote of confidence from Schmidt. There had been some speculation that Schmidt might consider changing captain now with an eye on planning for the 2019 World Cup, with Munster’s Peter O’Mahony, who led the Lions in this summer’s first Test, being the name bandied about as a possible replacement.
However his retention of the greatly respected Rory in the official leadership role which he has carried out with such honour and distinction since the start of last year suggests the 35-year-old front row warrior may well be in the frame for the 2019 World Cup after all.
He will be 37 by the time that tournament in Japan comes around but Rory remains a formidable force and, although his current contract with Ulster is up next summer, retirement doesn’t seem to be on his mind at this stage. Age appears to have counted against another long-serving Ulster star with local connections though as former Armagh Royal pupil Tommy Bowe, who turns 34 next February, has been overlooked in favour of several younger wingers in Ireland’s autumn squad.