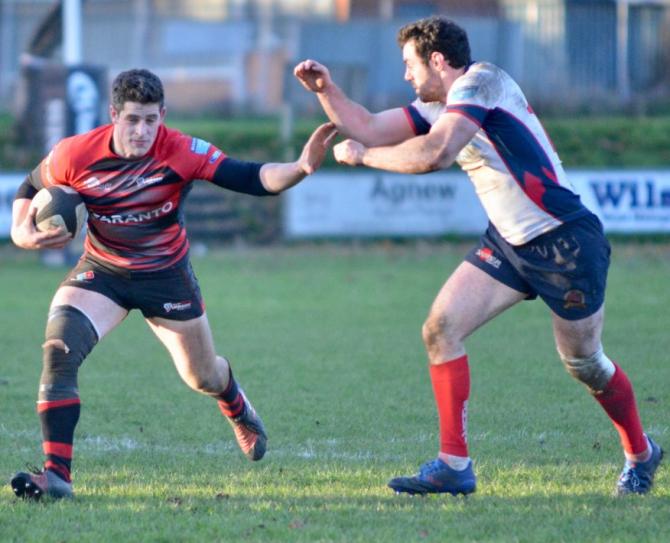 SATURDAY sees Armagh take on Belfast side, Malone in the semi-final of the First Trust Senior Cup.
Armagh travelled to Malone last Saturday when they met in the Ulster Bank All-Ireland League. Despite finding themselves 15-0 down at half-time the game ended a nail-biting 28-26 when Armagh almost stole the game!
The Palace Grounds outfit will be hoping to go one better this week and avenge last week’s defeat and book their place in the final of the Senior Cup.
Armagh are scheduled to play the Malone team no less than four times throughout the season. having met in the All Ireland once already they play the return fixture on 3rd February. They also meet in the SONI Premier League on 10th March. All in all the teams should be fairly familiar with each other by the end of the season.
Malone are a tough nut to crack. They are sitting proudly at the top of the All-Ireland league with six wins from seven outings so if Armagh are to progress to the final they will have to be at their very best.
They will also have to do it without skipper Ally Birch who has to sit this one out after suffering from concussion when the two sides met last week. Under guidelines he has one more game to rest before he can return for selection. Also missing will be right winger Andrew Willis who is awaiting surgery on a broken bone in his hand. It is likely that he could miss the remainder of the season.
Armagh will use the experience of last week’s defeat to spur them on in this semi-final. The players came off the pitch disappointed at not having won the game when they battled back from 15-0 down. They know Malone will be favourites but they also know that they have the ability to turn anyone over at the Palace Grounds.
Saturday’s encounter promises to be another exciting encounter. The kick-off is scheduled for 2-30pm - no doubt there will be a large contingent of Armagh supporters ready to give their team a rousing welcome!