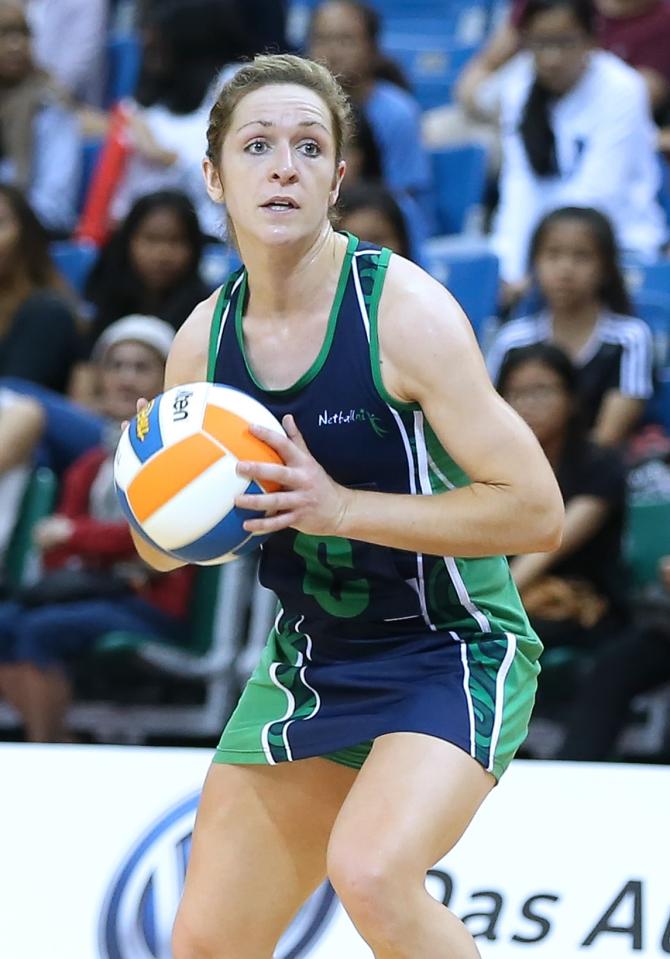 CAPTAIN fantastic Caroline O’Hanlon has led Northern Ireland’s netballers to qualification for next year’s World Cup finals.
The brilliant Bessbrook sportswoman produced a superb personal performance as her girls in green clinched their tickets to Liverpool 2019 with a convincing victory over Wales last Saturday afternoon in the triangular regional qualifying event in Perth. Because Wales had already lost to hosts Scotland 52-40 the night before, that second defeat eliminated them and rendered Sunday’s final fixture a dead rubber between two teams now guaranteed the last two European places at the tournament.

Fresh following a rest day and roared on by a very vociferous crowd, Scotland comfortably beat Northern Ireland 52-31 but for once the result against the old enemy didn’t really matter and an uncharacteristically poor performance by Elaine Rice’s side can be excused. It was always going to be tough getting sufficiently up for a comparatively meaningless match at noon after the euphoria of the evening before, especially against a Scottish side in their own backyard with a point to prove.

The Thistles were desperate to avenge October’s defeat at the European Championships, when Northern Ireland pipped them at the post in spite of having two players, including O’Hanlon herself, sinbinned in the final quarter. That heroic victory in difficult circumstances clinched runners-up place for Northern Ireland for only the second time in almost 40 attempts at the annual Euro event to round off a memorable 2017. Northern Ireland defeated formidable Barbados twice on their way to lifting the Quad Series trophy last June, a triumph which clinched qualification for this spring’s Gold Coast Commonwealth Games. The icing on the cake of those European Championship silver medals, supplemented by another high-value victory over Fiji in a one-off Test in Cardiff, was rising to an all-time high of eighth place in the world rankings. Northern Ireland won nine of their 10 Tests last year, their only loss being to fully professional England, with more than half those victories coming against teams in the world’s top 12.

Two weekend wins might have edged them into an astonishing seventh spot but the big goal going to Perth was to secure one of the two remaining European places at next year’s World Cup alongside England Missing out on the 2015 World Cup in Sydney thanks to an agonising 45-44 defeat by Scotland led to significant funding cuts for Netball NI which has placed a big financial burden on the players ever since. Not qualifying for next year’s finals would have been catastrophic for the sport’s future here and, with no more major tournaments until 2022, may have left O’Hanlon contemplating international retirement after April’s Commonwealths. Instead Northern Ireland’s most capped player of all time and one of her captaincy predecessors Noleen Lennon, who led the team at Singapore 2011 where the greens reached the quarter-finals, can now look forward to the third World Cup of their exceptional careers. The top pair appeared at Jamaica 2003 the summer they left school and are still pivotal players in this team at the age of 33, albeit Lennon briefly retired from international netball following the 2014 Commonwealth Games.

Against Wales, world-class centre O’Hanlon pulled the strings superbly from the middle of the court, her incredible composure combined with relentless effort and great tactical awareness ensuring she controlled the game. Meanwhile fellow legend Lennon nailed the chances created with great authority and assurance in spite of having played most of her recent international netball at the other end of the court. Although Northern Ireland were the highest ranked of the three celtic cousins chasing those two World Cup places, they had suffered a big blow going into these qualifiers with star shooter Lisa Bowman damaging her ankle in the last training session before departure for Perth. Bowman had netted the last-gasp winning goals against both Wales and Scotland at last October’s Euros having previously scored 33 in the team’s 35-33 Quad Series final victory over Barbados which clinched Northern Ireland’s ticket to this spring’s Gold Coast Commonwealth Games.

But the versatile Lennon, whose height has been deployed in the back circle at international level in recent years, returned to her old shooting role and proved very effective for a team which keeps punching above its weight. Northern Ireland won every quarter of this crunch clash with a Welsh side ranked ninth in the international standings and fighting for their World Cup lives, leading 16-11 after the opening period and never looking back.

The team’s next stop is Australia in March for a warm-up camp in Tasmania ahead of the Commonwealth Games which means O’Hanlon will miss Armagh’s last two regular games in Division Two of the ladies gaelic National League. However O’Hanlon and one of her Northern Ireland squad colleagues Neamh Woods are set to be available to line out on opposite sides when the latter’s Tyrone host Armagh in the fourth round of fixtures next month. Woods captained Tyrone to last September’s All Ireland Intermediate decider and, like fellow 2017 All Star nominee O’Hanlon, is a key figure for her gaelic county team. Although O’Hanlon has signed up to play for Manchester Thunder this spring in netball’s British SuperLeague either side of the Commonwealth Games, she remains enthusiastically committed to the Orchard cause going into her 17th season in the orange jersey. O’Hanlon attended last Wednesday’s National League launch on Armagh’s behalf and took her usual place in midfield for Sunday’s opening game against Tipperary at Silverbridge.

Longer-term, Northern Ireland’s World Cup qualification means O’Hanlon will be on international netball duty next July but the tournament is relatively close to home in Liverpool and the timing may work out fine for Armagh just like it did in a similar scenario previously. Last time O’Hanlon was away at a major netball tournament being staged in the UK during the summer, she captained Armagh to their famous Ulster title triumph ahead of the 2014 Commonwealths and returned from Glasgow to shine in the All Ireland quarter-final!