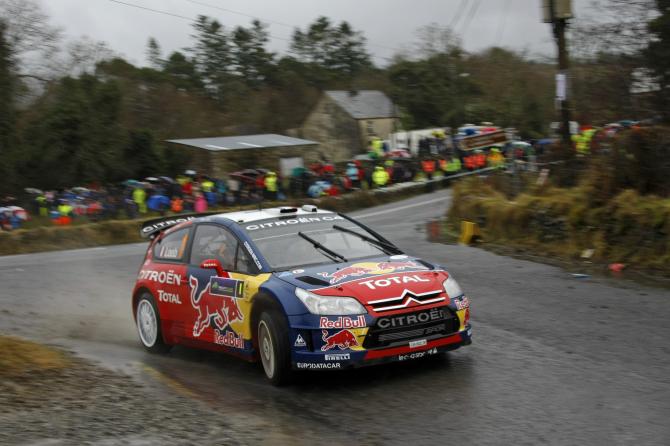 IN THE first in a short four-part series, Jason Craig tries to find out if devolved power is the final piece of the jigsaw that is needed to bring the World Rally Championship back to Northern Ireland for the first time since 2009.

Part One: Setting the scene

Northern Ireland PLC’s quest to stage the British round of the FIA World Rally Championship was going great guns in the first seven months of last year.

The stars appeared to be aligning for those working behind the scenes to bring Sebastien Ogier and Co from Llandudno in Wales to Belfast in time for 2020.

The idea was debated in the House of Commons, Tourism Chiefs from Northern Ireland had met with their Welsh counterparts to share best working practices, and a number of iconic stages had been mooted for the itinerary blueprint.

At one-point the groundswell of opinion for rotating the rally was so strong that it led to the official announcement of where Rally GB would be based out of this season, to be deferred.

Before the announcement was made that delay, coupled with the FIA’s decision to postpone rubber stamping the 2020 calendar, gave rally fans in Northern and Southern Ireland real hope for optimism.

WRC Promoter Olivier Ciesla fanned the flames when he said – on the record – that moving Rally GB to Northern Ireland would help safeguard the UK’s long-term involvement in the World Championship.

The small country has form when it comes to hosting truly world-class sporting competitions. Either side of the World Police and Fire Games – the third largest multi-sport event on the planet – and the Open Championship – golf’s main flagbearer – it ran the opening leg of the Giro d’Italia bicycle races.

So relocating the rally from one nation state in the UK to another for one year seemed do-able.

As the crow flies Llandudno and Belfast are separated by 121-miles of land and sea. Not an overly large distance you might think but reality started to set in during late summer 2019. The chasm was proving difficult to cross.

The reason? No devolved Northern Ireland government meaning no money. The handbrake had been tugged on and, until the Stormont Executive in Belfast was back up-and-running again, Westminster would not be releasing it.

Tomorrow, we look at what the significance of Stormont being reinstated could mean for 'Rally NI'.